T he Pilzer distillery is based in Faver, an ancient village located halfway in Valle di Cembra. This region has traditionally been the heart of Trentino distillation tradition. The distillery itself is a brand new, technologically advanced facility.

Since 1957, when ancestor Vincenzo originally conceived the idea of establishing a small family-run distillery, the Pilzer have always regarded grappa not as a just another spirit, but as a piece of their own life, a mission to which dedicate all their energies. Today, Bruno and Ivano keep on the family tradition with their wise father. Bruno Pilzer is one of Italy’s top grappa scientist, holding a chair at the respected Istituto agrario di San Michele all’Adige. There he also uses the state-of-the-art research laboratories to implement new experimentations. Having distillated during training periods in France and Scotland, Bruno is without contest one of Italy’s most brilliant and experienced distillator.

The Pilzer brothers have developed through the years a special know how for each type of varietals, and established privileged partnership with growers to obtain the best quality of pomace. Very few producers are lucky enough to obtain from Pilzer the distillation of their own grappa. Among them accounts no less than Veneto legend Giuseppe Quintarelli.

Up to 1995, the prestigious competition ‘Alambicco d’Oro’ was awarding in Vinitaly the title of Best Grappa in Italy. Pilzer won in 1993, 1994 and 1995. Then the award came to an end… anybody ready to challenge Pilzer? Pilzer is also the only grappa producer to date having obtained 3 times the prestigious gold medal at the International Spirits Challenge of London, in the most disputed Brandy category.

Here is how Ivano and Bruno sum up their deeply-rooted relation with the art of distilling: “Distilling is not simple at all. It is a complex art based on knowledge, patience, skill and vision. For us, knowing how to distil means proving respect for all those who came before us, as well as the desire to innovate, the awareness of the little we have reached, the ambition to grow further”. 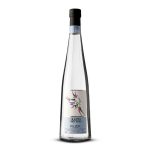